Who’s Who in Rearing: Part I

Please note: these pages on who’s who in rearing are thematically related to the pages that I have been posting on eating insects.  I have taken a slight turn here to work into this website some background on the variety of people and programs where insect rearing is central. 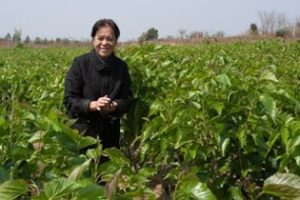 Who Is Rearing Insects?

This section of my blog pages is intended to provide an overview of people and institutions that are conducting significant rearing operations.  It cannot cover every high performance rearing operation for several reasons: 1) I cannot know all the people and organizations that do rearing, 2) there are so many rearing operations in existence that there would be no room to cover them all, and 3) many of the operations are doing rearing that is proprietary (such as private companies).  Based on my knowledge of the rearing community, I have estimated that there are at least 10,000 (possibly 20,000) people around the world who make their living or spend most of their time rearing insects.  These people do their rearing as part of research in educational institutions, for production by private companies, as part of government programs, and in a surprisingly diverse number of domains.

After spending a quarter of a century as an insect rearing specialist in the USDA, Agricultural Research Service, I thought that I had a grasp of the scope of insect rearing.  But as a rearing consultant in a private company and later as coordinator of an insect rearing program at North Carolina State University, I have been surprised at the number and kinds of rearing efforts around the world.  Here is a brief list of types of rearing operations:

This list of various entities where rearing is practiced, sometimes on a major scale that employs dozens to hundreds of people in a single facility hardly expresses the scope and diversity of insect rearing operations.  Just imagine, for example, how much effort goes into rearing Bombyx mori for silk production.  Just in the silk industry in India alone, for example tens of thousands of families make their living in rural India by farming mulberry and rearing silkworms. I have included an interesting paragraph from the Gangopadhyay (2008) paper where sericulture is described.

From:  Sericulture Industry in India – A Review from India Science and Technology

“Sericulture is both an art and science of raising silkworms for silk production. Silk as a weavable fiber was first discovered by the Chinese empress Xi Ling Shi during 2,640 B.C. and its culture and weaving was a guarded secret for more than 2,500 years by the Chinese. Silk was a profitable trade commodity in China. Traders from ancient Persia (now, Iran) used to bring richly coloured and fine textured silks from Chinese merchants through hazardous routes interspersed with dangerous mountainous terrains, difficult passes, dry deserts and thick forests. Though, commodities like amber, glass, spices and tea were also traded along with silk which indeed rapidly became one of the principal elements of the Chinese economy and hence, the trade route got the name ‘SILK ROUTE’. Even today, silk reigns supreme as an object of desire and fabric of high fashion. Being a rural based industry, the production and weaving of silk are largely carried out by relatively poor sections of the society and this aspect of sericulture has made it popular and sustainable in countries like China and India.”

It’s tempting to spend considerable time discussing the silkworm rearing industry because of its long-standing importance on the world stage for millennia, but the other aspects of insect rearing are more of the focus of this series on “who’s who in rearing?”  In future posts, I will discuss the overview of rearing and more details about the various rearing operations.